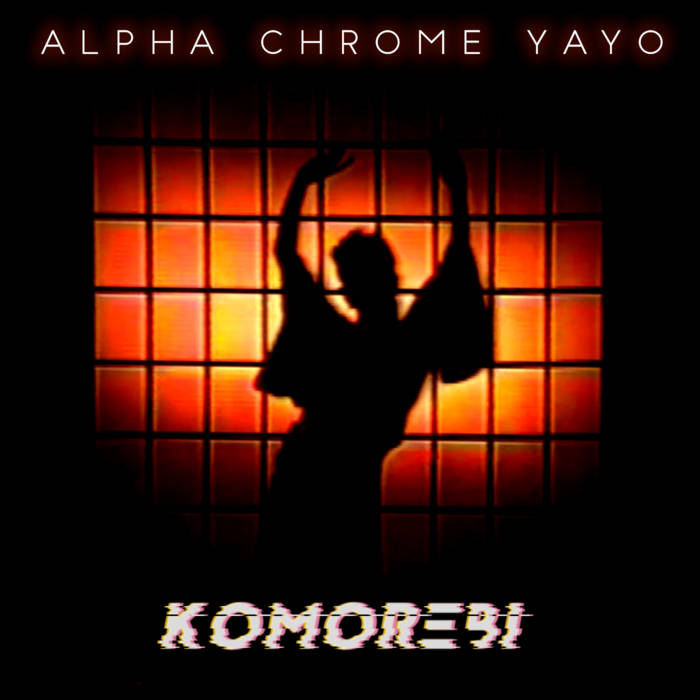 Mike Templar Relaxing and ambient synthwave album. Highly recommended for reflections and meditation. This is fantastic work! Do I hear a real Oboe/Flute in "The Salamander"? Favorite track: The Salamander.

Jake C. Ambient-heavy and atmospheric to the max, here comes an EP that will take you away to a strange, contemplative, & tranquil place. The timbres, the production; all heavenly. Might be my favorite ACY EP yet. Favorite track: The Mirror.

A.GE This EP defines truely what differenciate Alpha Chrome Yayo from the present synthwave scene, it creates an identity through each note, each track is a story in itself. It is inspired, unique, and beautifully composed, it is a instrumental Haïku made with synths.
'Komorebi' is a masterpiece, simple as that ! Favorite track: The Mirror.
more...

'Komorebi' - a Japanese word referring to the phenomenon of sunbeams filtering through trees, the interplay of light and leaves.

Influenced by Terje Rypdal, Vangelis, David Shire, Ryo Fukui and countless other musicians, this upcoming EP is a mostly ambient, experimental release - a search for serenity, a dive into the unperceived.

It also draws inspiration from the captivating work of artist Roger Shimomura, an image of whom appears on the artwork with Prof. Shimomura's permission (and my most sincere thanks)*.

The EP comes with five Bandcamp exclusive pieces of variant artwork, each corresponding to a track on the record. And Bandcamp buyers will also get liner notes for the EP, not available anywhere else and detailing some of the inspiration behind it. So you can expect occult oddities, medieval wyrd tales, and a little bit of sentimentality.

I very much hope you enjoy it.


*The still in question comes from an early performance by Roger Shimomura, named 'Toku's Dance' (Lawrence, Kansas, Nov 10, '84). More can be read about it in his latest book, 'Masking Identity': amzn.to/2SIzHPV

Far out, exotic music comin' out of Belfast, Northern Ireland

Featured on BBC Radio 1, New Retrowave and the stereos of many excellent people

Bandcamp Daily  your guide to the world of Bandcamp

Featuring appearances from Kari Faux, Bluestaeb and and interview with NY-bred artist Wiki